For the last 2 weeks I have been busy with my dark creature.
This creature will haunt Timmy in the short movie and I had a good idea of what it would look but never sat down and actually make it. So eventually I did and it worked out great for once, the inspiration I had was from an old magic the gathering card, it is called diabolic vision. 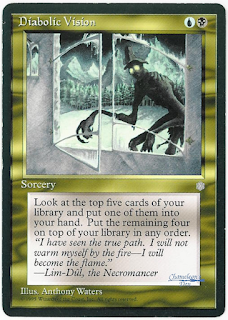 I bought the cards when I was 17 so 20 years ago just for the artwork and I am glad I did.
My drawings where ..ok but it really got me working in a way I like best and that is with atmosphere.
I love to work from my gut so to speak, things have to feel good. Also I love some inspiring music in the background to feed the mood.

Back to my "villain", it comes in 2 forms, one ordinary human character and a monstrous version. I fairly quickly modeled a head that matched my feel of the character and after that I had to make the monster version as wel. I have a hint that makes the connection between the 2 apparent.
I want to show the creature but that will majorly spoil some things and I don't know if I want to do that...

Also it took me quit some work to get the creature the way I wanted to. Since I had a base mesh I wanted to sculpt the detail into it in c4d, but how wrong I was, the baking in c4d sucks big time so I tried 3d coat. Since I had no experience with the software I decided to give it a go and I really liked it until the moment I had to bake the map out...it took me 3 days and no result without artifacts so that sucked big time.
People where very nice on the forum and it is probably my inexperience with the software.
So I tried it in zbrush and after some tweaking in the settings it gave me the desired result.

Creating the rig was no problem with the c4d's character rig but I had some issues with the weighting and that is just my inexperience as well I guess.
After some trial and error hours I got it where I needed it to be.
Also I bought Valkaari's delta mush, check it out here!
http://www.valkaari.com/?product=delta-mush
I can't wait to use it on my next character, this can be a huge timesaver.

So thats that for now.

Next up is the villain in it's human form.

Since I have finished a project as of yesterday I have time to finaly some time for octane.
It is a renderer working via the gpu so all my 40 threads are sittin here doing nothin.
But the reason I bought octane is to be red in the previous blogpost.

So I have experimented a bit and I must say I like it a lot.
It has some flaws but I the almost instant feedback gives me the creative freedom I was looking for.
Also I found out some small but nice things that you bump into when working with the renderer.
Such as using the focus target, you have to switch off automatic focus, small things but nice.
I experimented a bit with the render settings to make it faster and it is fairly straight forward, nothing to hard to find out, love it!
I love it solely becuz I have to do less and make, make nice things.
So what next, I had to tweak some things in the posemorph, I had 2 xpresso tags to drive those and one to point the eyes into a target gizmo.
I used a correction deformer to close the eyelids over the eyeball accordingly and it was driven by a posemorph and that posermorph was driven by a slider in the eyegizmo, so it had a bit lag, I took the xpresso and combined them into one tag and the lag went away, nice!

So from now on I will hopefully keep this thing going on a regular base.

Some renders from octane.
Also I used a sss skin from the octane library and hooked my face texture in it and tweaked some settings to get this nice skin. 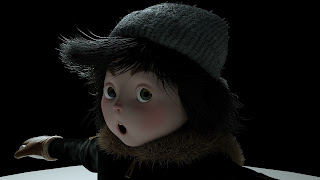 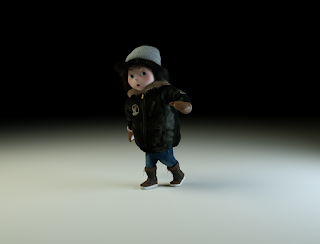 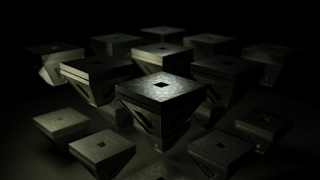 This last thing was my first test with the renderer, just to see how it worked.
I also love the dirt shader, edges can be made scratchy within no time!